Stephen Zimmerman is an author of novels characterized by the extremes of human behaviour.

Stephen Zimmerman is an author of novels characterized by the extremes of human behaviour. His previous award-winning novel, Broken Road, is the story of a young boy fighting for the approval of a harsh and emotionally unavailable father on a rural farm in the 1950’s. Critics called it ‘a finely crafted novel, displaying skillful use of imagination, humor, suspense and irony. Zimmerman is a gifted storyteller with deep insight into the way human beings think and act.’ Jim Coggins, editor and author.

In his current novel, The Letter passes from character to character, with no apparent rhyme or reason, threatening to expose the ‘truth.’ The story, with its suspenseful twists and turns, leaves the reader no option but to turn the next page. Zimmerman weaves together various strands of a complex plot, bringing them to a climactic resolution that is both surprising and inevitable. The Letter is a gripping story of generational hate, damage and revenge.

Stephen Zimmerman spent thirty years as an entrepreneur and businessman. An inventor, his patents spanned both industrial use and intellectual property. At 50 he left the business world and traveled to Uruguay, S.A. with his wife Wendy, as missionaries. They spent five years there and returned to Ontario in 2004. Zimmerman became an ordained minister in 2005. He is a stone sculptor, pilot and avid chainsaw carver. His home is in Midland, Ontario, where he continues to pursue his writing and art. Wendy and he have three children and six grandchildren. 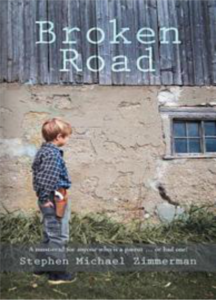 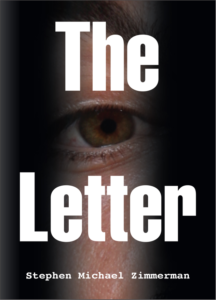 Have a question or comment for the author?
Send us a message.